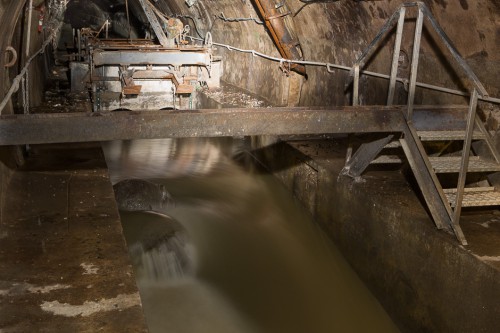 According to the information from the city of Paris, the total length of sewers in Paris is 2,417km while the total length of the pavement in Paris with 6100 streets is 3,000km,
The first underground sewer was constructed in 1605 but the large scale sewer network was built under the reign of Napoleon I and followed by Napoleon III with baron Haussman. 600km length was realized in 1878.
At the time of Jean Valjean who escaped in the sewers, it was already quite a labyrinth.